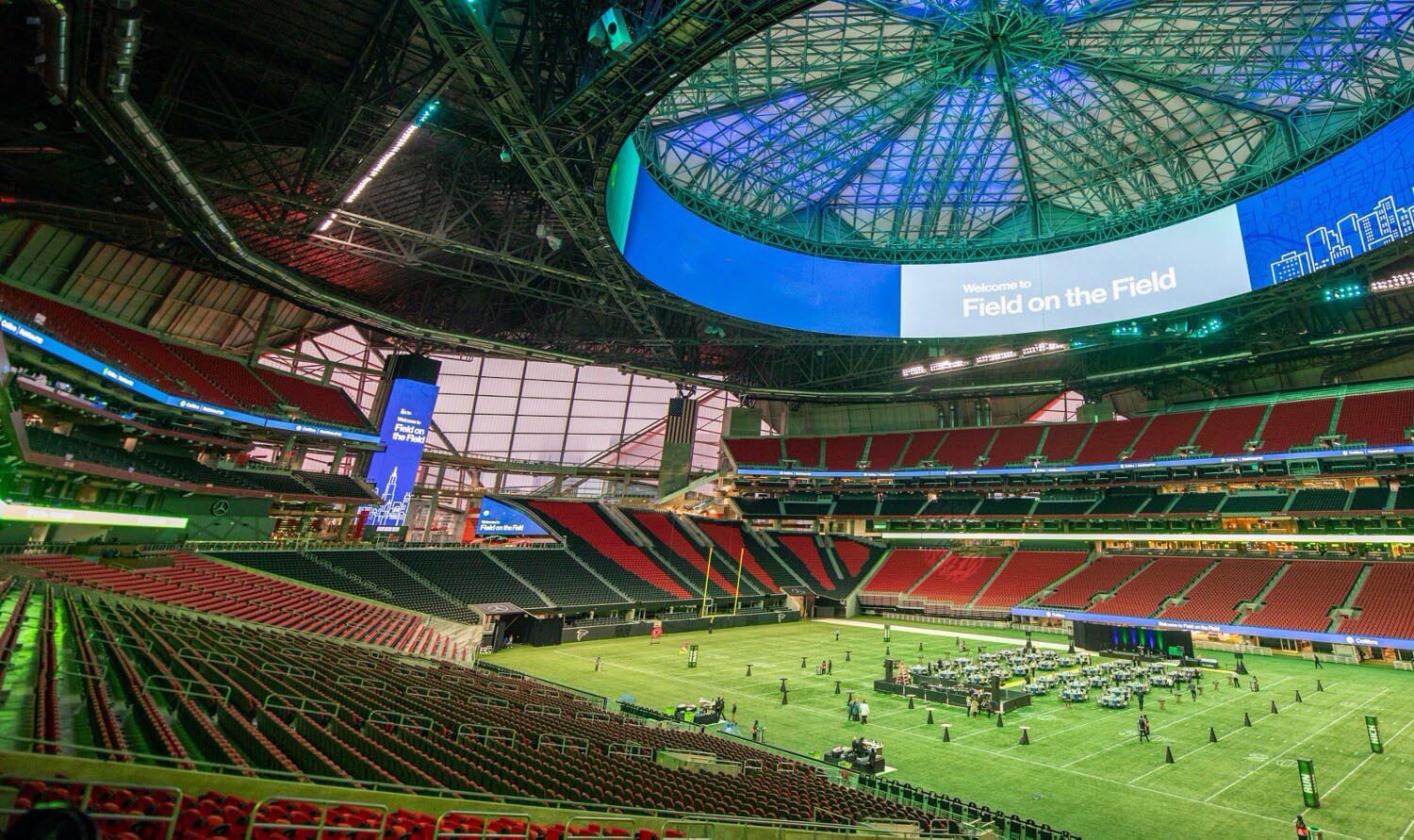 Our client wanted to stage an inspiring educational event for 400 staff in Atlanta, USA. It was to be a three day event which included development opportunities, networking and fun elements.

Rockitfish produced and managed the entire 3 day event, including on site staffing and all US logistics. The Marriott Marquis Atlanta housed the group and all elements of the conference. We designed and installed a fully customised and branded staged set in the plenary room and managed all production requirements, including all smaller meeting rooms.

Away from the hotel, guests enjoyed dinners at The Georgia Aquarium and the Mercedes Benz Stadium.  We took exclusive use of the Aquarium on the second evening, branding the venue throughout. Bars and buffet stations were positioned around the giant tanks and the DJ entertained from overhead.

Guests could wander around the 5 different tanks viewing a vast array of species, as well as walking under one of the major tanks and watching a Whale Shark swim overhead.

The final night’s offsite dinner was an Awards Evening, hosted at the Mercedes Benz Stadium – home of American Football team, the Atlanta Falcons. The group had exclusive use of the entire venue which enabled them to dine on the pitch, surrounded by branded podiums and lit in their corporate colours – stunning guests as they entered pitch side through the players’ tunnel.

A small stage and backdrop was created on the pitch for the awards ceremony.  Then for a real wow effect, the 360-degree HD LED Halo Board – the largest video display board in professional sports, 63,000 square feet
of video screen standing 58 feet tall – displayed the names of each individual winner on announcement of their award. 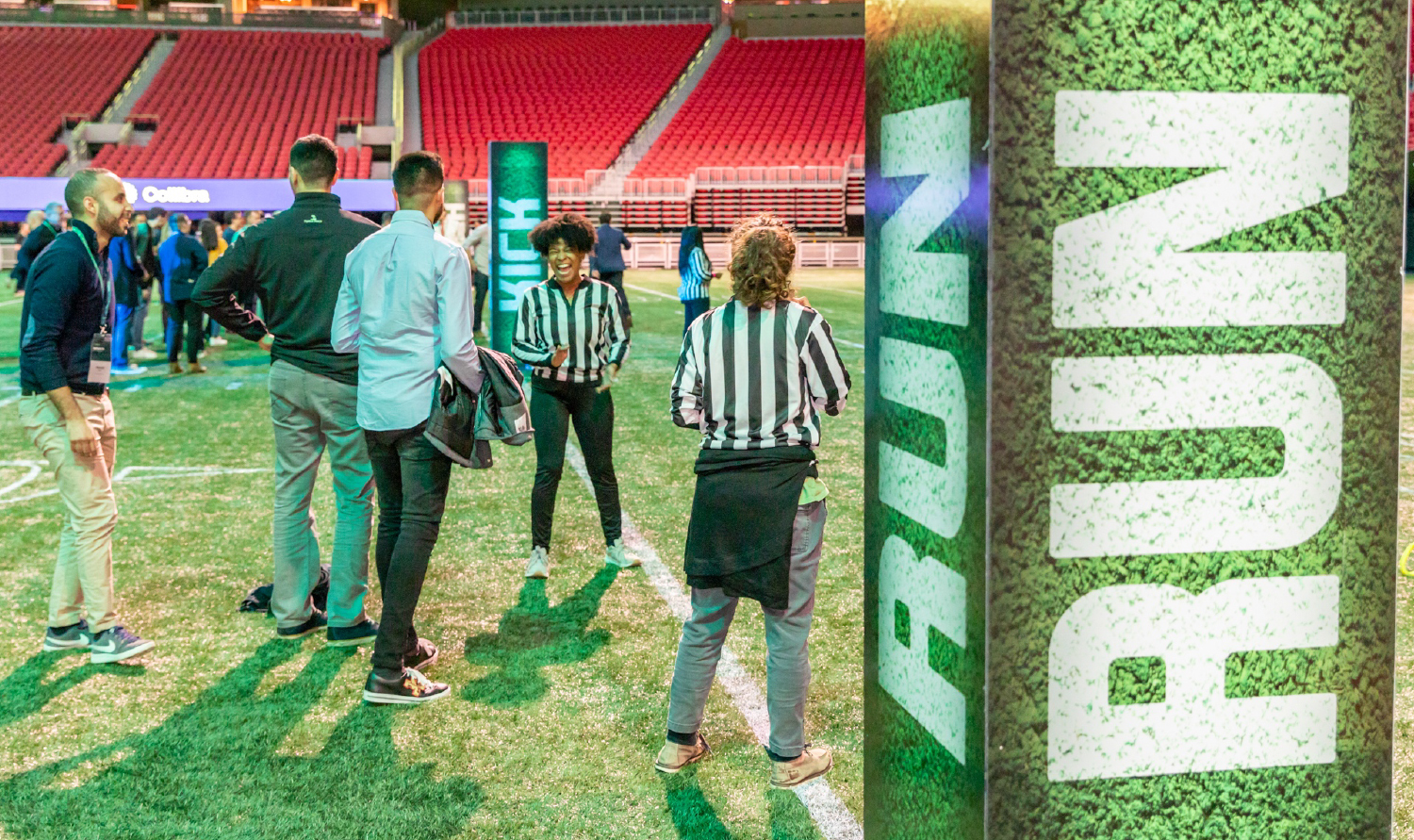 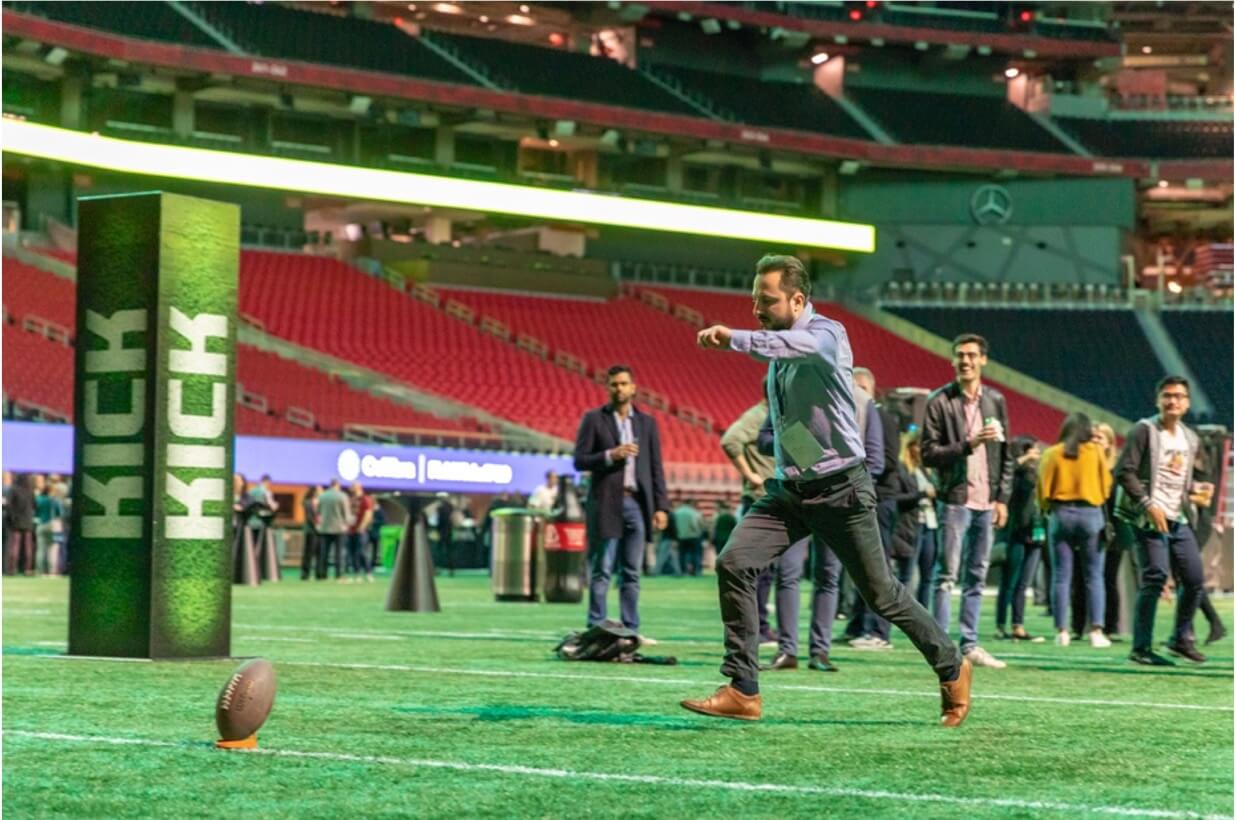 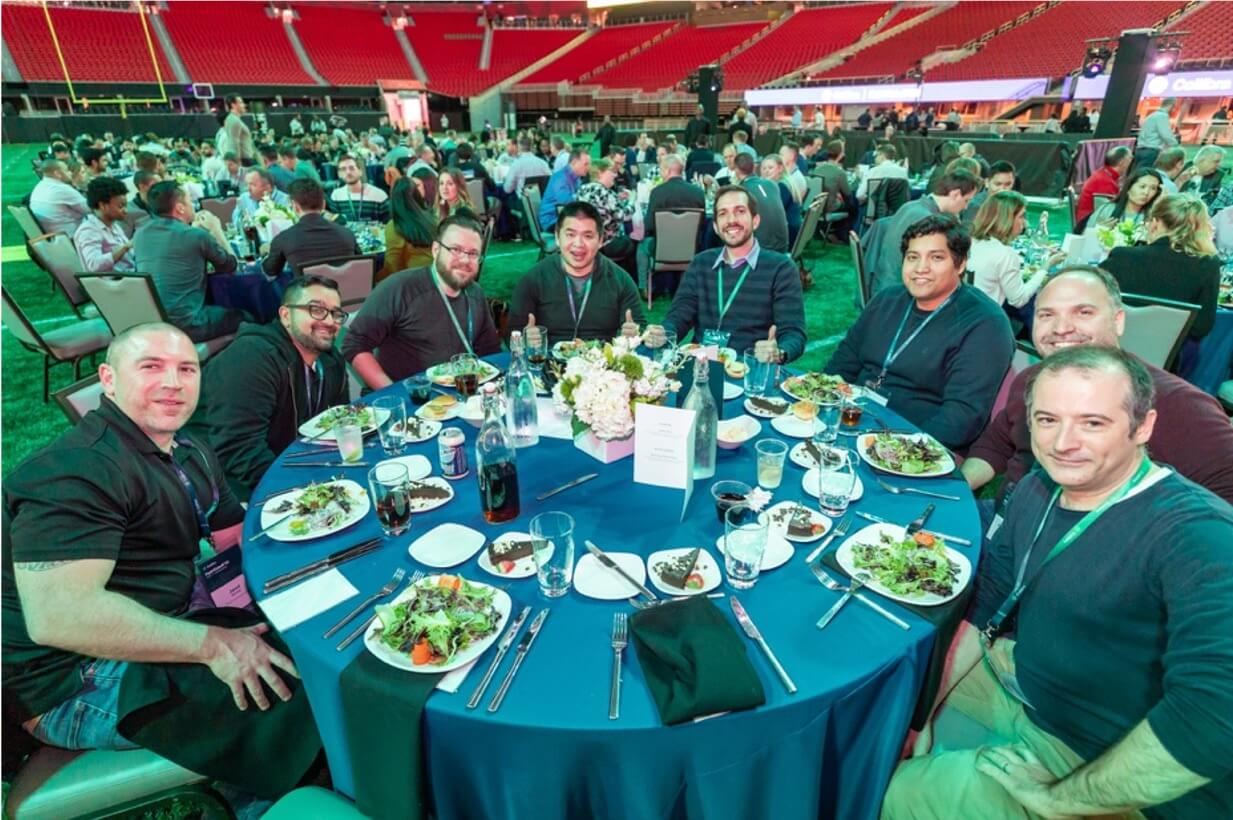 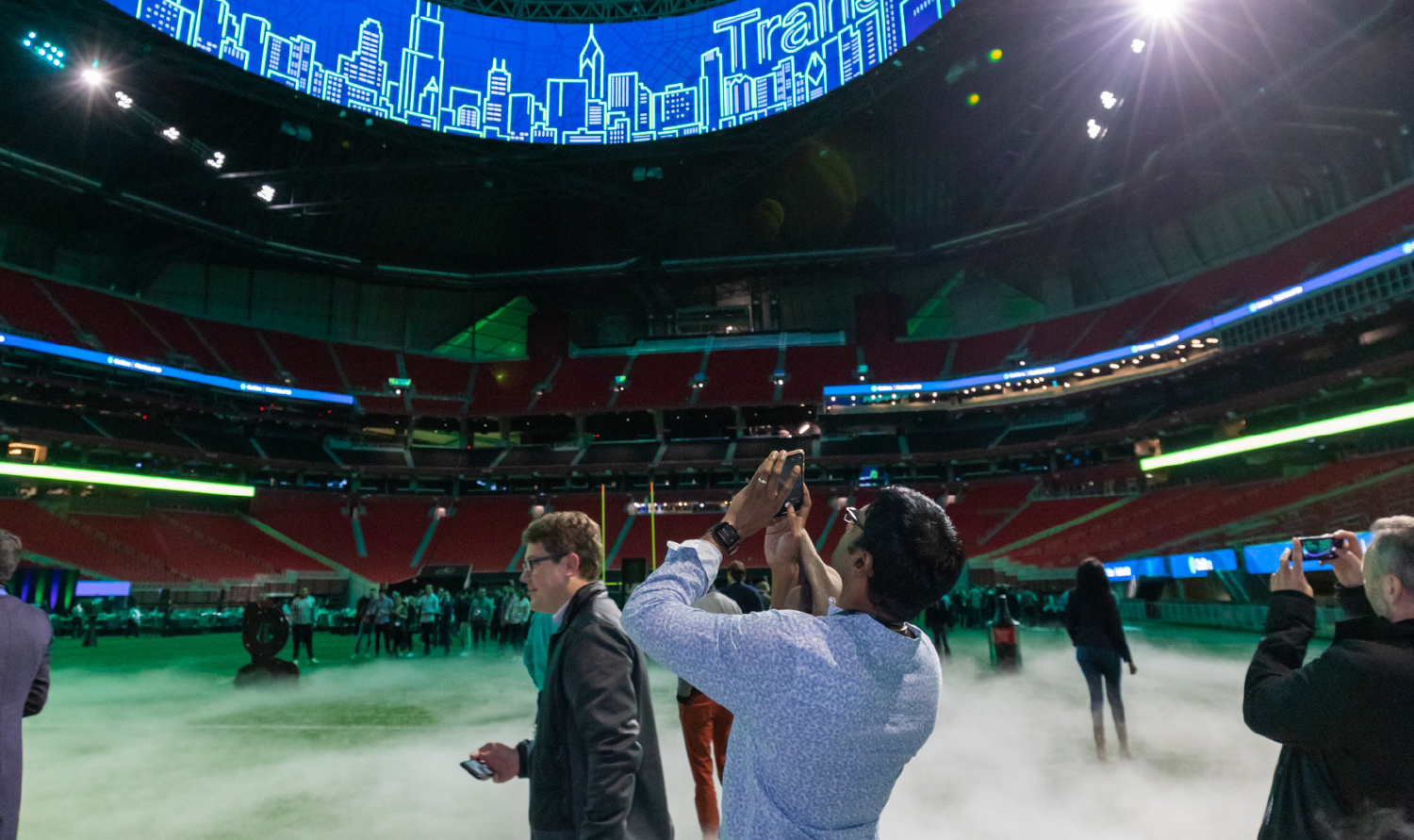 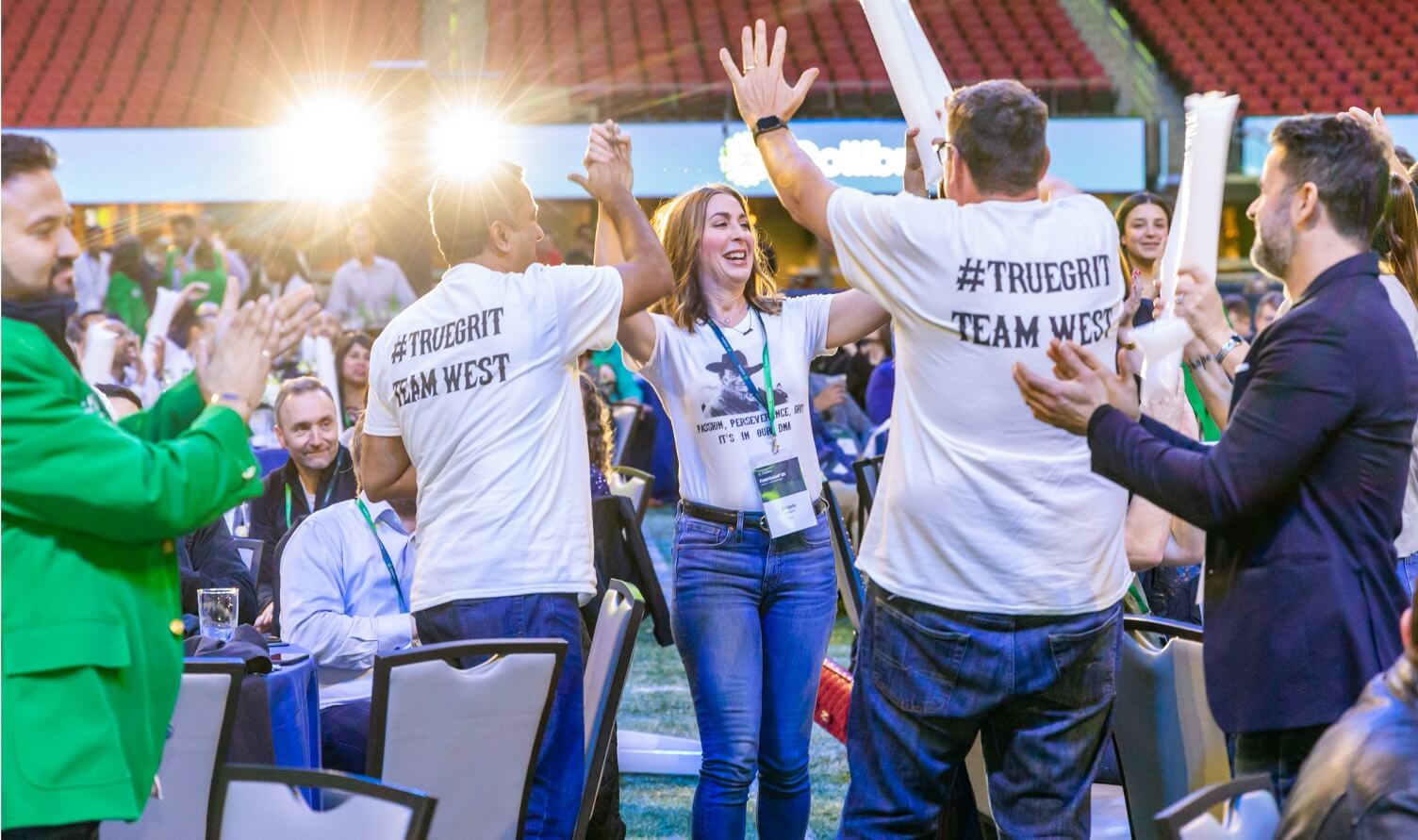 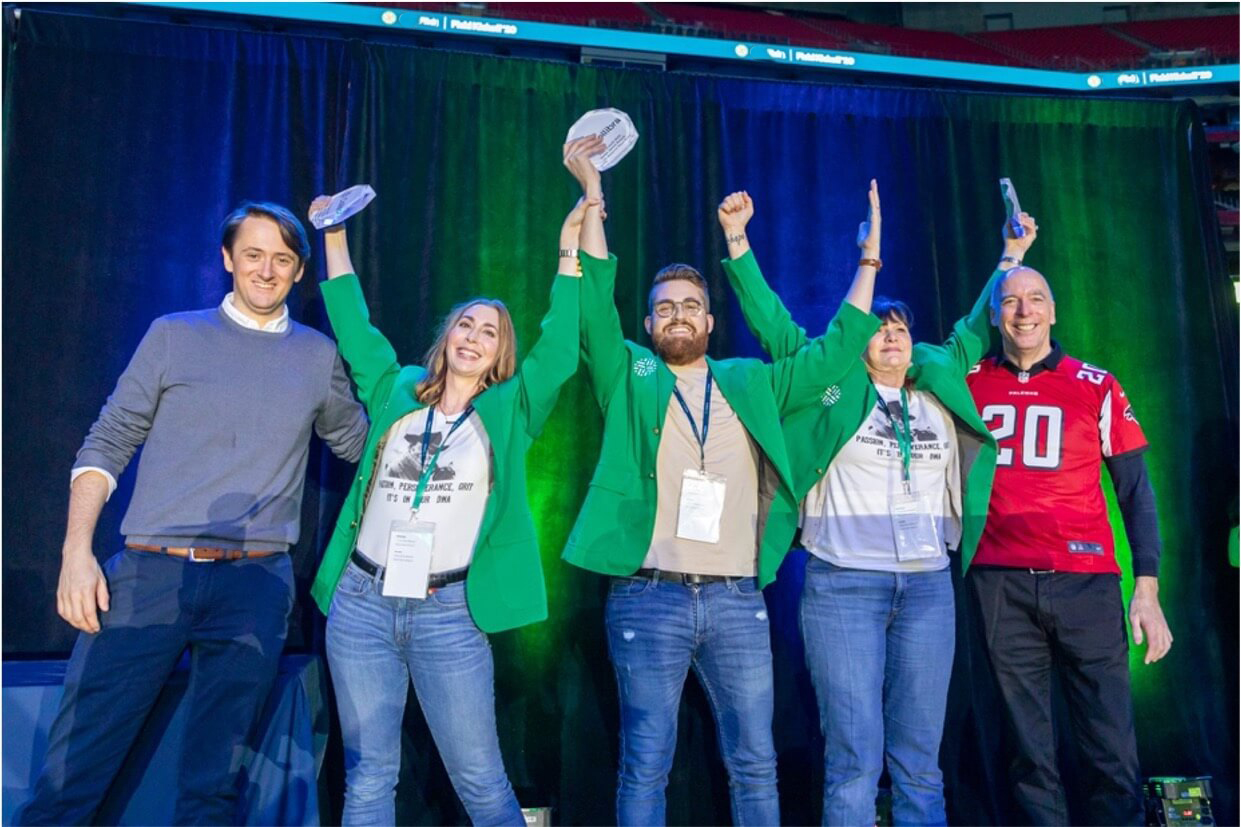 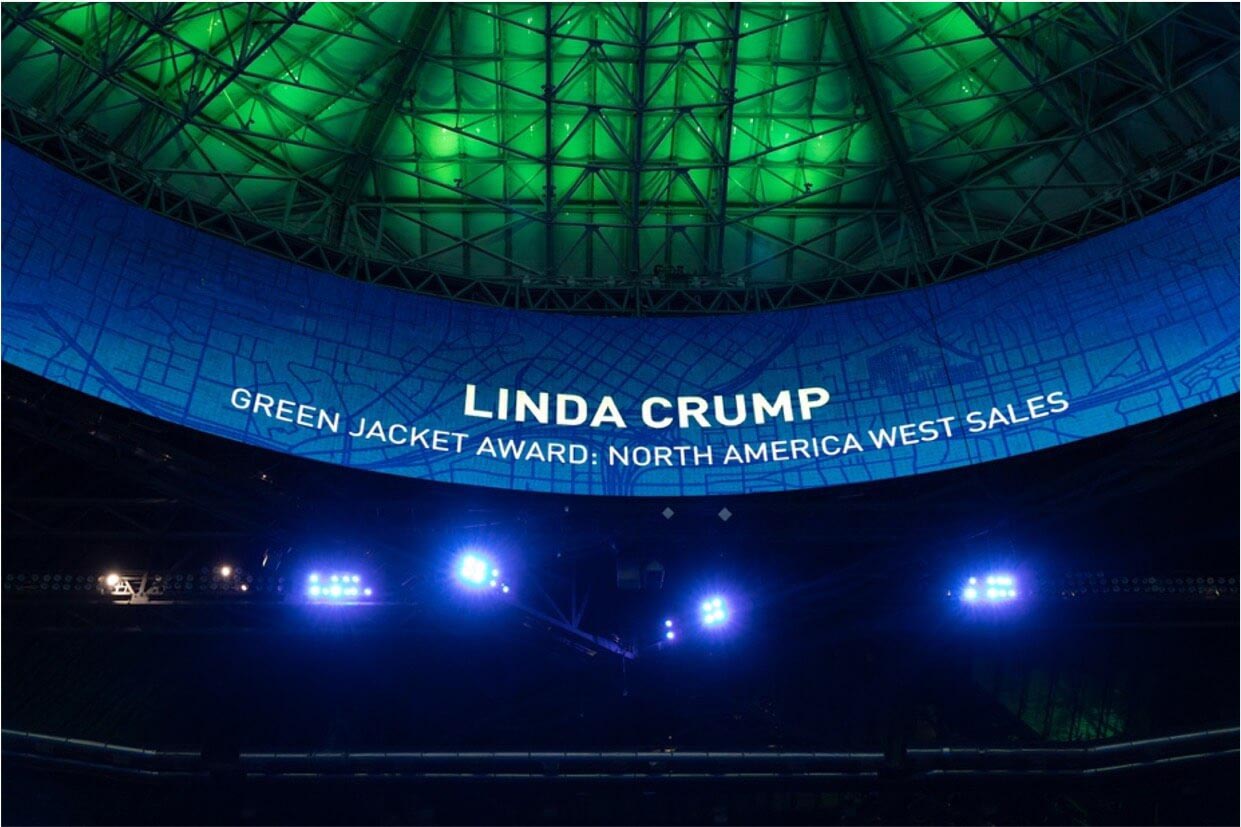 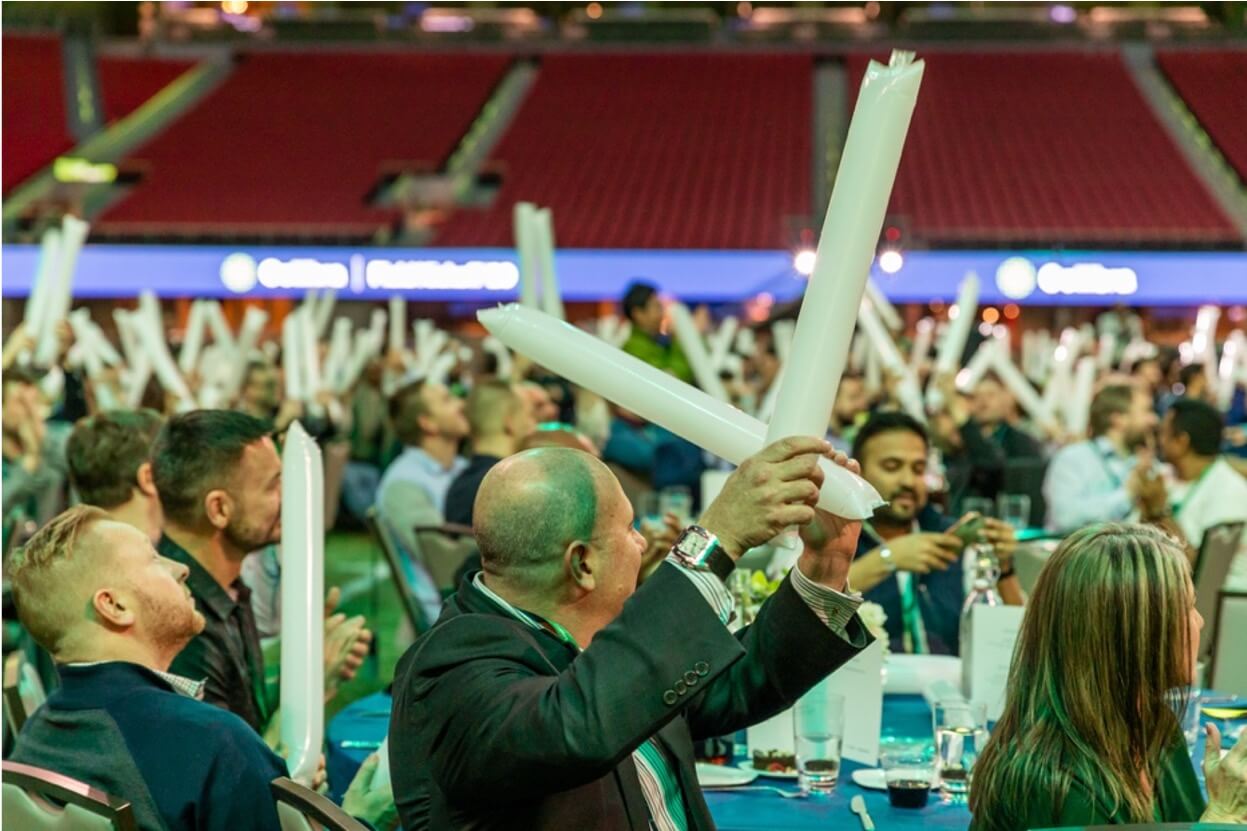 "Thanks again for your support last week. The feedback has been phenomenal!"